Why I Carry a Gun

My wife knew something was amiss when the car blocked our driveway. She was outside our house, playing with our kids on our trampoline, when a car drove slowly down our rural Tennessee street. As it reached our house, it pulled partially in the driveway, and stopped.

A man got out and walked up to my wife and kids. Strangely enough, at his hip was an empty gun holster. She’d never seen him before. She had no idea who he was. He demanded to see me. 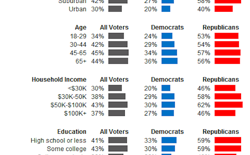 I wasn’t there. I was at my office, a 50-minute drive from my house. My wife didn’t have her phone with her. She didn’t have one of our guns with her outside. She was alone with our three children. Even if she had her phone, the police were minutes away. My wife cleverly defused the confrontation before it escalated, but we later learned that this same person had been seen, hours before, slowly driving through the parking lot of our kids’ school.

That wasn’t the first disturbing incident in our lives, nor would it be the last. My wife is a sex-abuse survivor and was almost choked to death in college by a furious boyfriend. In just the last five years, we’ve faced multiple threats—so much so that neighbors have expressed concern for our safety, and theirs. They didn’t want an angry person to show up at their house by mistake. We’ve learned the same lesson that so many others have learned. There are evil men in this world, and sometimes they wish you harm.

Miles’s law states, “Where you stand is based on where you sit.” In other words, your political opinions are shaped by your environment and your experience. We’re products of our place, our time, and our people. Each of these things is far more important to shaping hearts and minds than any think piece, any study, or certainly any tweet. And it strikes me that many millions of Americans don’t truly understand how “gun culture” is built, how the process of first becoming a gun owner, then a concealed-carrier, changes your life.

It starts with the consciousness of a threat. Perhaps not the kind of threat my family has experienced. Some people experience more. Some less. And some people don’t experience a threat at all—but they’re aware of those who do. With the consciousness of a threat comes the awareness of a vulnerability. The police can only protect the people you love in the most limited of circumstances (with those limits growing ever-more-severe the farther you live from a city center.) You want to stand in that gap.

So you take a big step. You walk into a gun store. Unless you’re the kind of person who grew up shooting, this is where you begin your encounter with American gun culture. The first thing you’ll notice—and I’ve seen this without fail—is that the person behind that counter is ready to listen. They want to hear your experience. They’ll share their own. They’ll point you immediately to a potential solution. Often the person behind the counter is a veteran. Often they’re a retired cop. Always they’re well-informed. Always they’re ready to teach.

Your first brush with this new world is positive, but it’s just a start. The next place the responsible adult goes is to the gun range, a place that’s often located in the store. Sometimes you buy the gun and walk straight to the range. You put on eye protection. You put on ear protection. And if you’re honest with yourself, you’re nervous.

But, again, there’s a person beside you. They show you how to load the gun. They teach you the basics of marksmanship. They teach you gun safety. Always treat the gun as if it’s loaded, even if you think you know it’s not. Keep your finger off the trigger unless you intend to fire the weapon. Only point it at objects you intend to shoot.

You do it. You fire. It’s loud, but if the salesman has done his job, then he’s matched you with a gun you can handle. In an instant, the gun is demystified. You buy a box of ammunition and shoot it all. Then you buy another box. For most people there’s an undeniable thrill when they realize that they can actually master so potent a tool.

But something else happens to you, something that’s deeper than the fun of shooting a paper target. Your thought-process starts to change. Yes, if someone tried to break into your house, you know that you’d call 911 and pray for the police to come quickly, but you also start to think of exactly what else you’d do. If you heard that “bump” in the night, how would you protect yourself until the police arrived?  You’re surprised at how much safer you feel with the gun in the house.

Next, you realize that you want that sense of safety to travel with you. So you sign up for a concealed-carry permit class. You gather one night with friends and neighbors and spend the next eight hours combining a self-defense class with a dash of world-view training. And when you carry your weapon, you don’t feel intimidated, you feel empowered. In a way that’s tough to explain, the fact that you’re so much less dependent on the state for your personal security and safety makes you feel more “free” than you’ve ever felt before.

And as your worldview changes, you expand your knowledge. You learn that people defend themselves with guns all the time, usually without pulling the trigger. You share the stories and your own experience with your friends, and soon they walk into gun stores. They start their own journey into America’s “gun culture.”

At the end of this process, your life has changed for the better. Your community has expanded to include people you truly like, who’ve perhaps helped you through a tough time in your life, and you treasure these relationships. You feel a sense of burning conviction that you, your family, and your community are safer and freer because you own and carry a gun.

It’s a myth that gun owners despise regulation. Instead, they tend to believe that government regulation should have two purposes—deny guns to the dangerous while protecting rights of access for the law-abiding. The formula is simple: Criminals and the dangerously mentally ill make our nation more violent. Law-abiding gun owners save and protect lives.

Thus the overwhelming support for background checks, the insistence from gun-rights supporters that the government enforce existing laws and lock up violent offenders, and the openness to solutions—like so-called “gun violence restraining orders” that specifically target troubled individuals for intervention.

Progressive policy prescriptions, like assault-weapons bans and bans on large-capacity magazines, are opposed because they’re perceived to have exactly the wrong effect. They’ll present only the most minor of hurdles for the lawless, while the law-abiding experience the law’s full effect. It’s a form of collective punishment for the innocent, a mere annoyance—at best—for the lawless.

Many gun-rights supporters were appalled to learn after the Sutherland Springs shooting that the military was systematically underreporting disqualifying convictions to the federal background check database. Under pressure, the military has added more than 4,000 new names in just three months. Similarly, law-enforcement failures or background-check failures that preceded, for example, the Virginia Tech, Charleston, Orlando, Sutherland Springs, and Parkland shootings are spurring serious new consideration of the gun violence restraining order, a move that would allow family members and others close to a potential shooter to get in front of a judge to request that the court direct law enforcement to temporarily seize a dangerous person’s weapons. It gives ordinary citizens a chance to “do something” after they “see something” and “say something.”

It’s against this backdrop of experience and sincere belief that gun-owners experience the extraordinarily toxic rhetoric of the public gun debate. People who want to stop murders are compared to terrorists. People who want to prevent guns from falling into the wrong hands are compared to mass shooters. People are told they have “blood on their hands,” when they aspire to have all the courage that Broward County School Resource Officer Scot Peterson so clearly lacked.

And make no mistake, when it comes to rhetoric, the gun-owning community can give as good as it gets. A movement that’s kind and generous to its friends and allies turns instantly on its enemies, eager to believe the absolute worst about political opponents who are genuinely stricken by the carnage in places like Parkland and Sandy Hook.

Because of the threats against my family—and because I don’t want to be dependent on a sometimes shockingly incompetent government for my family’s security—I carry a weapon. My wife does as well. We’re not scared. We’re prepared, and that sense of preparation is contagious. Confidence is contagious. People want to be empowered. That’s how gun culture is built. Not by the NRA and not by Congress, but by gun owners, one free citizen at a time.