For most workers, the tax cut windfall will disappear 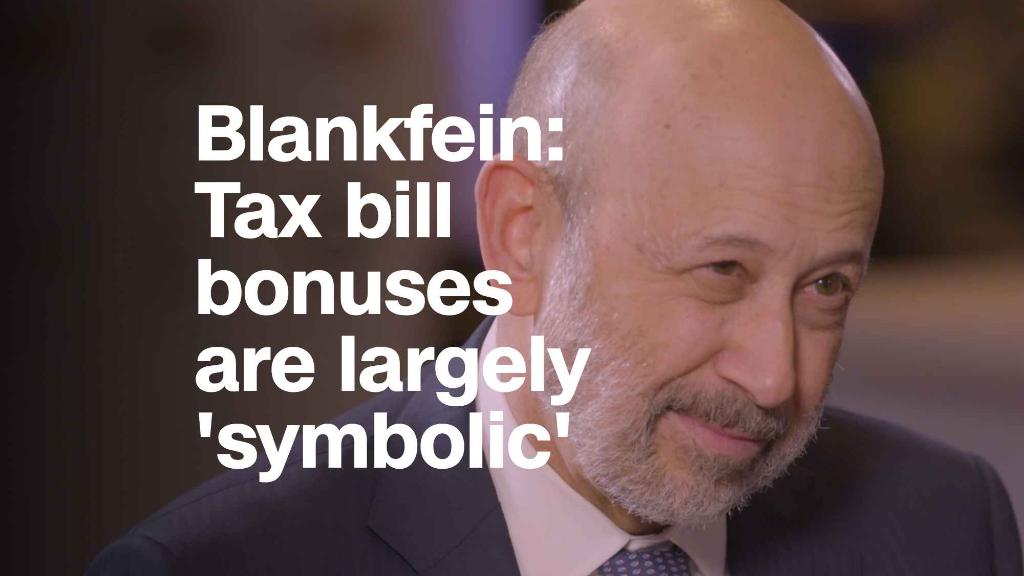 Millions of workers have received a small cut of Corporate America’s tax cut bonanza. Unfortunately, the windfall for most workers will be fleeting.

53% of the investments in workers announced by Russell 1000 companies have been one-time bonuses, according to an analysis shared exclusively with CNNMoney by the nonprofit group JUST Capital.

In other words, most of the benefit to workers will be short-lived.

Another 6% of the worker windfall has been in the form of one-time contributions to employee 401(k) plans, JUST Capital found after examining announcements by 93 companies in the Russell 1000. The index is home to 1,000 of the largest US public companies.

Less than one-third of the investment in workers will be permanent. JUST Capital found that 29% of the money is going toward wage hikes, while another 2% is being set aside for ramping up 401(k) programs by raising matching contributions.

“A permanent wage increase sends a stronger signal of investing in your workforce than a one-time bonus,” said Martin Whittaker, CEO of JUST Capital, which fights for equal treatment of workers. The nonprofit was founded in 2013 by a group that includes hedge fund billionaire Paul Tudor Jones, Arianna Huffington and Deepak Chopra.

“If you’re struggling to make ends meet stacking shelves at Home Depot, would you rather get a one-time bonus or a permanent wage increase?” Whittaker said.

Home Depot (HD) is among dozens of major companies that announced $1,000 tax cut bonuses for workers after the tax cut became law in late December. Bank of America (BAC), Verizon (VZ), Comcast (CCZ) and Pfizer (PFE) did the same.

“I think a lot of it is symbolic and making a statement,” Blankfein said. “We’re dealing in a world of sentiment. Symbolism matters.”

President Trump pointed to these one-time bonus payments during his State of the Union address as evidence that the tax cuts are trickling down to workers.

Other companies, such as Wells Fargo, FedEx (FDX) and JPMorgan Chase (JPM), have opted for a more lasting benefit in the form of higher wages. And some companies including Starbucks (SBUX), Walmart (WMT) and PNC Financial (PNC) handed out one-time bonuses as well as pay raises.

About 10% of the worker investments announced so far are general benefits such as improved vacation policy, health care policies or skills training. For instance, Boeing (BA) announced plans to spend $200 million on retraining and other worker benefits.

Of course, any benefit from employers is on top of personal tax cuts Americans have seen from the tax law.

The nonpartisan Joint Committee on Taxation has estimated that in 2019, more than half of filers making $40,000 and up will see an average tax cut of more than $500.

Still, the biggest winners from the tax law so far are companies and shareholders.

Companies in the Russell 1000 are distributing 61% of their tax savings to shareholders via fatter dividends and booming share buybacks, JUST Capital found in a recent analysis.

Only 6% of the windfall is going directly to workers, while another 20% is being set aside for jobs. The rest is being allocated for customers, products and communities.

JUST Capital wrote a letter to the CEOs of all 1,000 companies in the Russell 1000 requesting estimates on their tax windfall and plans to spend it.

“Companies will hopefully realize that people are taking notice of what they’re doing with their money. They would be advised to be thoughtful about how they allocate it,” Whittaker said.

Critics of the tax law complain that Wall Street is cleaning up while workers are getting the scraps.

“That tax cut was made on the promise that money would be used for wages,” former Labor Secretary Robert Reich told CNN.

Wells Fargo (WFC), Cisco (CSCO) and many more companies have showered Wall Street with $214 billion worth of stock buyback announcements so far this year, according to research firm TrimTabs.

When companies buy back their own stock, it raises the stock price for shareholders because fewer shares are available. But stock buybacks do little to create jobs or reduce America’s inequality problem.

“Stock buybacks are purely for the shareholder,” said Ian Winer, head of equities at Los Angeles-based Wedbush Securities. “It is very difficult to argue buybacks are good for the overall economy or average worker.”